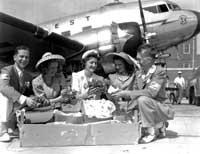 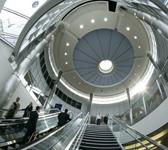 Virtually every aspect of MSP has been transformed in the years since, with a major expansion of the Terminal 1-Lindbergh, a new Terminal 2-Humphrey, expanded roadways and parking, two automated airport trams, and development of a light-rail system connecting both MSP terminals to the Mall of America and the downtowns of  Minneapolis and St. Paul.